New Years Kit – The Best is Yet to Be! 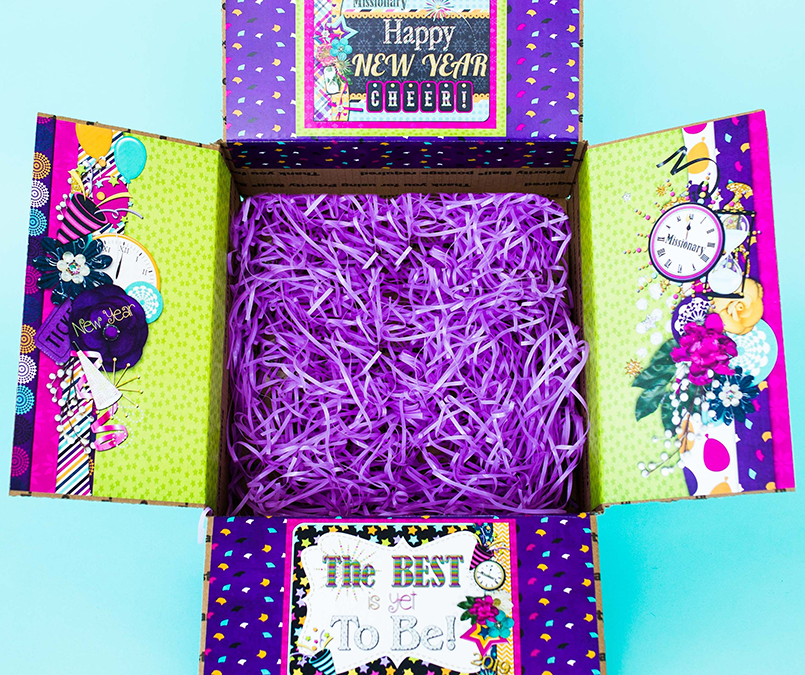 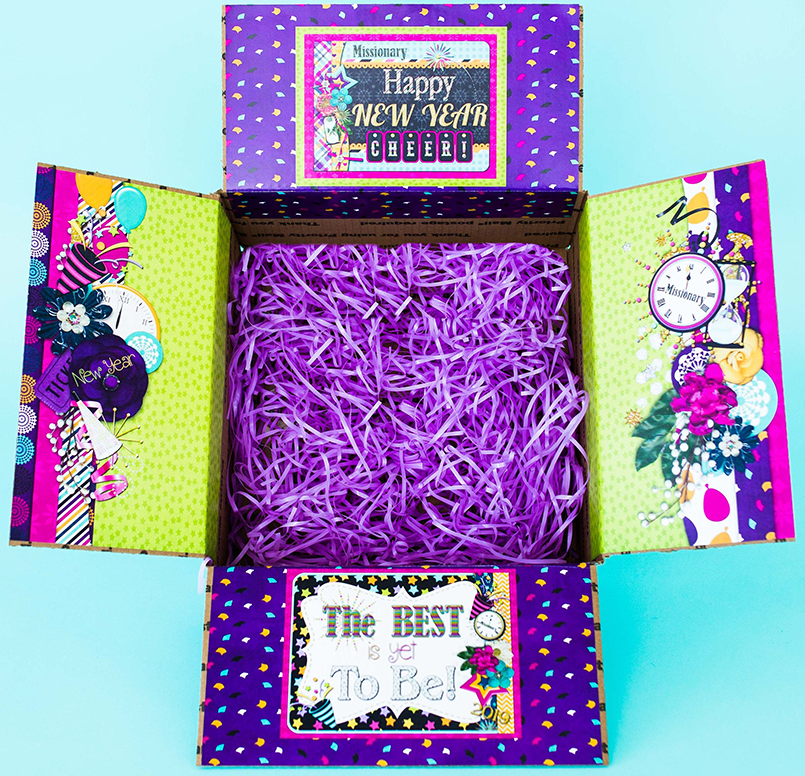 The Best is yet to Be New Years Kit

Happy New Year – The Best is Yet to Be!!!   With this box we wanted our Missionaries to feel amazing and make their next year a ‘Happy New Year’ so we focused on Fresh Ways for them to look at the opportunities found on a mission and how to renew their spirit with fun ways to uplift and celebrate life.

We LOVE Missionaries and we LOVE sending Care Packages!  It’s always fun to send our Kiddos a care package – but it’s super fun to send a New Years Party in a Box!

Your 12-Page Kit will include the following:

✔ 1-Introduction Letter with easy to follow instructions to help you put together the Perfect Care Package.
✔ 4- Large (11.5X8.5″) Adjustable Stickers to decorate your 4 box flaps of your shipping package. Just peel and stick! (These stickers are designed to fit a USPS Priority Mail Large Flat Rate Box and large UPS boxes. The stickers can also be easily trimmed to fit a USPS Priority Mail Medium Flat Rate Box as well as some Medium and Small UPS boxes or use your own box.) * Please note the kit does not include the actual box,
✔ 1-Box Introduction Letter to be placed in your Box right before you tape it up. This unique design lets your Missionary know the theme of your care package and that something special has been created just for them!
✔ 1-Page of Unique Envelope Designs that you can adhere to the front of your Letter to your Missionary and their Companion! This page is also printed on sticker paper – so you just need to cut them out and adhere to any envelope of your choice. It’s that easy!
✔ 1-Custom Missionary Letter for you to include with your personal Letter to your Missionary.
✔ 4-Pages with Many Custom Tags, Quotes, and Ideas that Can Be Used Throughout Your Box as Desired.

For Ideas to help you put together the perfect Missionary Care Package, how you can use each Printable, to find links to print General Conference talks and other stories to include in your box – look below!

Print Out the Following Talks and Stories:

A FRESH NEW YEAR – A FRESH START – AND INFINITE POSSIBILITIES!

A FRESH New Year is bringing one by one,
Unopened days, with miracles to be done.
FRESH wonderment with this New Year,
FRESH faith in God, and His purpose clear.
FRESH eyes to see with spiritual sight,
FRESH feet to bring others to Christ’s light.
FRESH gratitude to the Lord to impart,
FRESH love to fill an downtrodden heart.
FRESH ears to hear is a must,
FRESH remembrance in you God trusts.

As you celebrate the upcoming year
We hope that you will find
The joy of service is in your heart
And peace is in your mind
Put on these hats and think about
The crown of thorns he had to wear
The confetti represents the crowd of people
Who went and gathered there
As you blow into the silly horns
Think of the trumpets the angels played
As they heralded in the Savior’s birth
That first Christmas day
The silly string you throw around
Is the service you should share
With the people in your mission
For whom you’ve come to care
As you play with the noise makers
And clap those hands the whole night through
Remember all the Savior’s hands did for others
And did for you
So wear the glasses, open your fortunes
And look forward to the next year
Full of serving His children and Keeping God near!

(You could include in with this poem some of the following gift ideas: Party Hats, Noise Makers, Fortune Cookies, Silly String, Party Glasses, etc.) 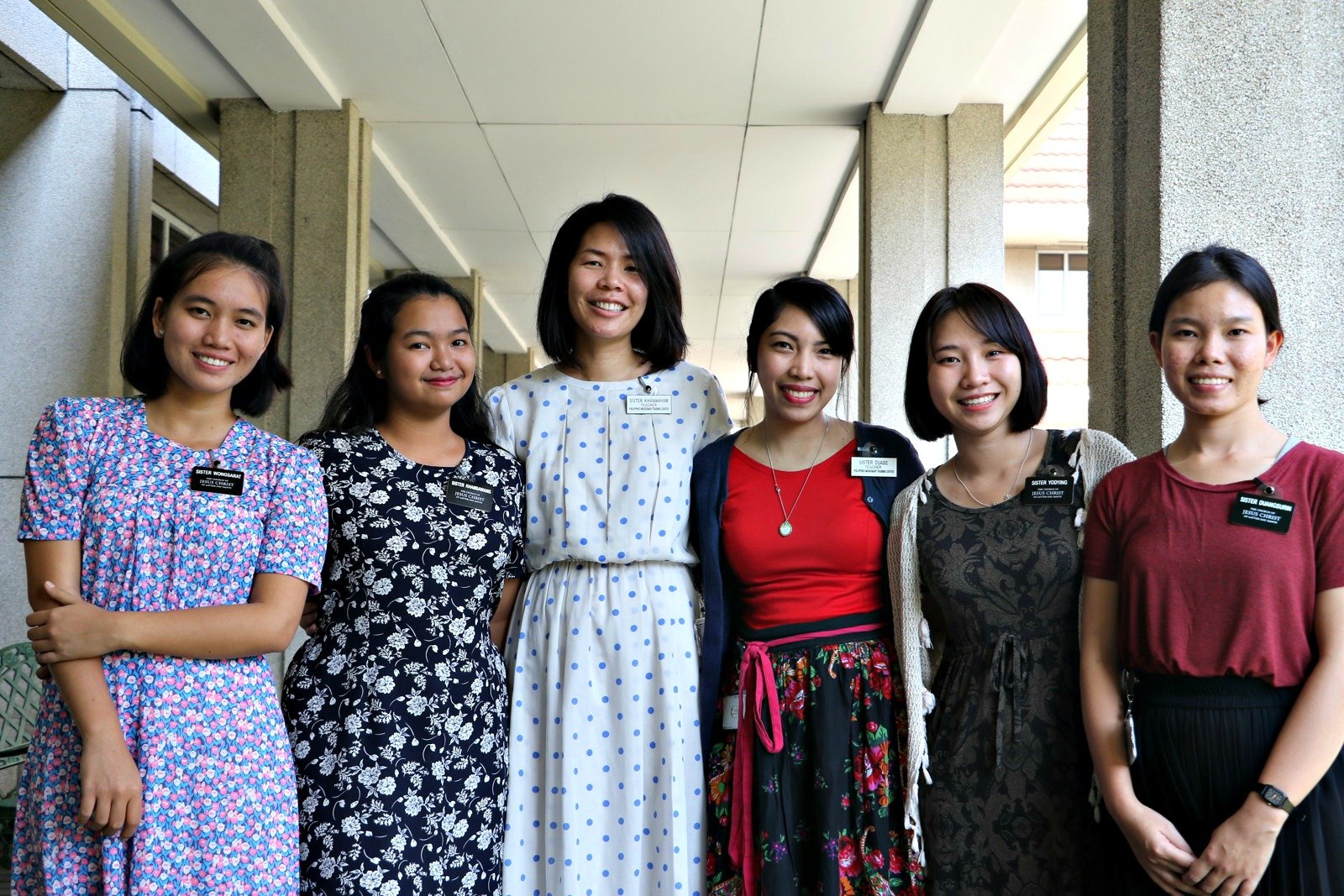 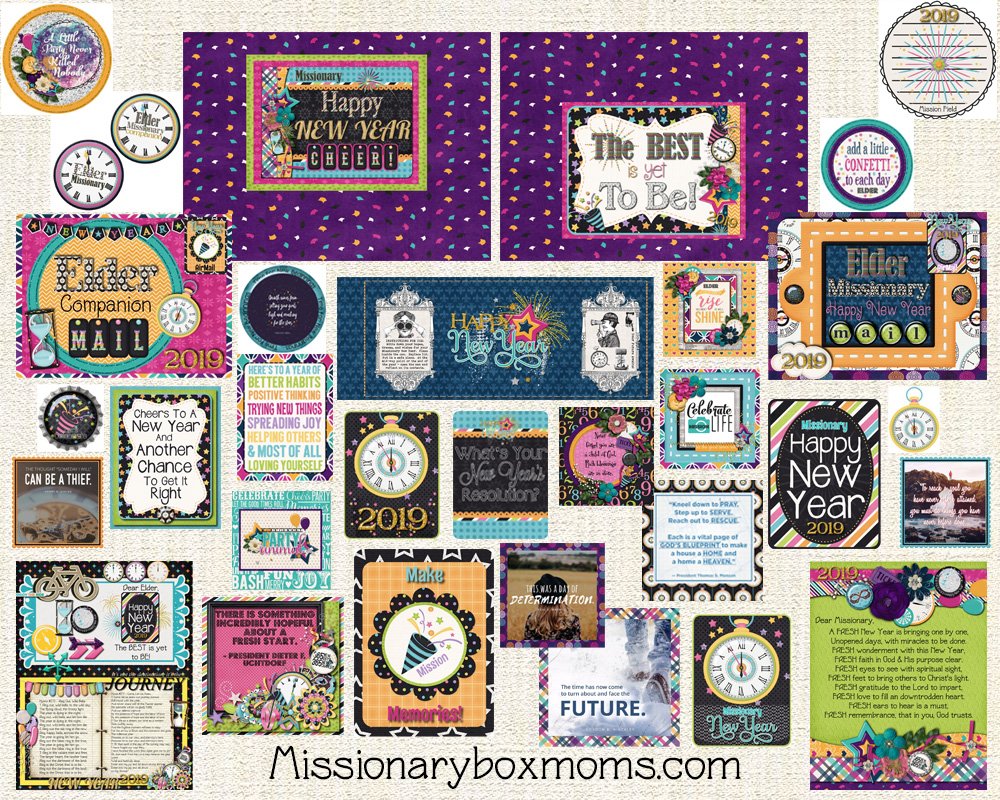